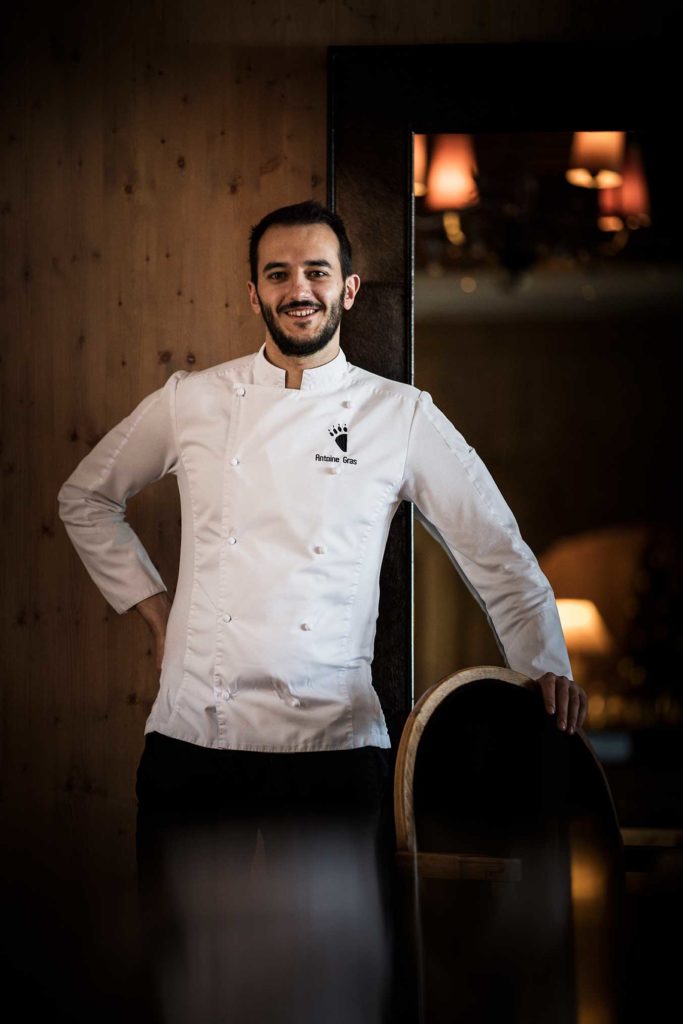 Antoine Gras is the young, talented chef of les Barmes de l’Ours. In the establishment’s three restaurants, he gives excellence and authenticity to his cuisine …

Originally from the Auvergne, Antoine Gras learned his art in the kitchen of two 3-Michelin starred restaurants: La Vague d’Or in Saint-Tropez, working alongside Arnaud Donckele, and La Bouitte in Saint Martin de Belleville (Savoie), with René and Maxime Meilleur.
His career at Les Barmes de l’Ours began in 2013 when he started as commis de cuisine in the gastronomic restaurant. Over the years, he has climbed the rungs to become Sous-Chef in 2016 and Head Chef in November 2017.
Aged only 25, this passionate chef appreciates simplicity while being fired by dynamism, creativity and is extremely attentive to taste and gastronomic cuisine. His primary objective is to “generate culinary emotions for his guests…”. And for this, he is certainly spoiled with the three restaurants at
Les Barmes de l’Ours, where he is assisted by a staff of 27.